Discovering Lio Piccolo: a rural village by the Lagoon

In today’s article we would like to suggest you a truly unique place: a small village by the Lagoon where time seems to stand still. We are talking about Lio Piccolo, a must-see to add to your Jesolo bucket list, especially if you love nature, quiet and cycling. It will be the perfect chance to explore a less popular area of the Lagoon, out of mass-tourism paths.

Lio Piccolo and its surroundings are mainly agricultural: besides a few buildings near the church of Santa Maria della Neve, you can count many vegetable gardens, interspersed with a few canals, sandbars and a few isolated houses. It is here that the famous castraùre (the first sprout of violet artichoke) and the zizole (jujube) are cultivated. 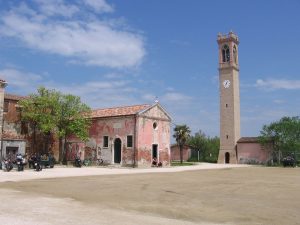 How to get to Lio Piccolo?

The village of Lio Piccolo is located north from Cavallino and it can be reached from Treporti. As we suggested some weeks ago in this post Jesolo by bicycle: 5 family-friendly tracks that you might have read, we suggest to reach Lio Piccolo by bike, following the Route 11, the longest track we’ve mentioned you.

However, if you would rather go for a shorter bike route, keep in mind that you can easily reach Lio Piccolo following the directions for Treporti and then proceeding along the road that leads from Punta Sabbioni to Ca’ Savio.

By crossing the Ca’ Savio bridge, you’ll suddenly forget about Jesolo’s non-stop parties and festive mood to embrace a way more relaxed scenario where nature is the very true protagonist. In just a few minutes ride you will reach the center of Treporti. At this point, cross the bridge over the Saccagnana canal and keep to the right, skirting the Saccagnana canal and the homonymous valley.

After about a kilometer and a half from the center of Treporti you will find a crossroads that will indicate Lio Piccolo, on the left.

Here begins the most poetic part of the route, surrounded by the lagoon and its water mirrors. On the right you will have the Paleazza Valley, where – depending on the season – it’s easy to spot birds species such as herons, cormorants, little terns, mallards, egrets and local ones such as the so-called cavalieri d’Italia and pettegole. 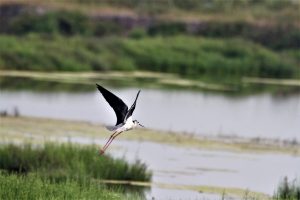 Lio Piccolo and its surroundings

We finally reach the tiny village of Lio Piccolo, where you will be welcomed by the small church dedicated to Santa Maria della Neve, some private houses and a 17th century palace, the Palazzetto Boldù. The church, recently restored, dates back to the seventeenth century, while the bell tower and the rectory are of the early twentieth century. Recent archaeological excavations have found two patrician houses decorated with mosaic floors, which further proof the Roman origins of the village.

If you feel like continuing your way, we suggest you to cycle beyond the village, as long as the cycle path allows it, biking along the banks of the Paleazza, Olivata and Liona Valleys.

The way back to Punta Sabbioni is the same, but if you want you can deviate towards the lateral strips of land, for instance to that of Le Mesole, which is particularly fascinating. 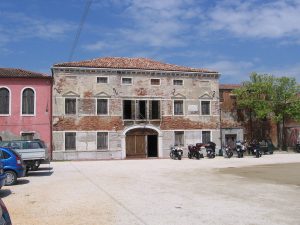 Any time of the day is a good time to ride along this route, but among all we highly recommend you the sunset. The view from the banks will delight you with warm, golden, sunset light, leaving you with wonderful memories of your holiday in Jesolo.